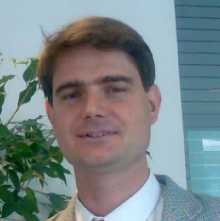 Abstract: Cellular systems are posing unprecedented engineering challenges in terms of complexification, densification, scalability and versatility. Automation in the most general terms, including machine learning, is considered as an essential ingredient for addressing some of these challenges. But how automation can actually be deployed at scale in cellular systems is another challenge in itself! In this talk, we argue that cloud technology is the primary vector for enabling automation in cellular systems. After defining what cloud-native means for cellular systems, we will support this assertion with concrete examples before concluding with perspectives.